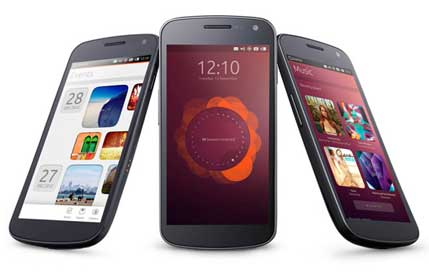 Open source software developer Canonical has established a Carrier Advisory Group for its Ubuntu smartphone OS. The group is to be led by David Wood, a former Psion engineer and one of the founder members of the original Symbian collaboration.

The CAG features a number of large operators, including LG UPlus, SK Telecom and Korea Telecom from Asia Pacific and Deutsche Telekom, EE, Telecom Italia and Portugal Telecom from Europe. The announcement also references “the leading Spanish international carrier,” suggesting that Canonical did not have clearance to use Telefónica’s name in its release.

Canonical said that the CAG will hold regular meetings in a bid to steer the development of the Ubuntu mobile platform. Key discussion topics will include strategies for differentiation, application portability from Android and Blackberry environments, revenue share models for publishers operators and device vendors and market positioning.

In return for their participation the CAG members will gain early access to information on platform development as well as commercial devices when they arrive, which is scheduled for later this year.

Telcos are increasingly vocal about the importance of a stable, commercially successful third device ecosystem to compete with those led by Apple and Google. At MWC this year a number of operator CEOs appeared at a Mozilla press conference to give public support to the new Firefox smartphone OS.

Microsoft and Blackberry are struggling to leverage their experience in such a way as to position themselves as the third OS player and Ubuntu has strong developer support thanks to its existing presence in cloud and PC environments.

“The mobile industry remains on the lookout for an independent platform that enables innovation and differentiation. Ubuntu brings a time-tested operating system and an attractive user experience, as well as a community of developers ready to apply enterprise-grade skills in the creation of applications,” said David Wood. “The Carrier Advisory Group will have ample opportunity to influence the Ubuntu roadmap, and take full advantage of the potential in this emerging platform.”

Last month Canonical hinted that the smartphone version of the OS, Ubuntu Touch, may be ready for release in the summer or autumn. The company originally revealed in January that it had a version of its operating system for smartphones ready to deploy for carrier testing, and said it would have a version ready for day-to-day usage by the end of May.