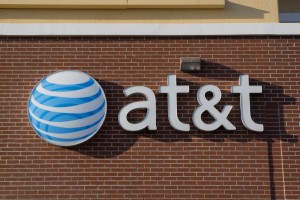 AT&T has expanded its Network on Demand solutions to now include 76 countries around the world, launching into all new markets simultaneously.

The new service is built on the company’s software-defined network technology, and claimed to help businesses deploy a single universal piece of equipment, choose virtualized functions and set them up in different countries. The service would appear to be designed to simplify the process of buying and adding network functions, reducing the reliance customers have on hardware.

“Building networks by deploying network functions in software is a major shift in network design,” said Ralph de la Vega, CEO of AT&T Business Solutions and International. “We’ve broken through traditional, cost-prohibitive barriers. Our software platform delivers a simple, flexible and efficient experience for any business, virtually anywhere and anytime they need it.”

The service was initially launched in 2015, with AT&T claiming it now has more than 1,200 businesses signed up to the service. 76 countries are now supported by the service, with capabilities including Juniper Networks virtual routing, Cisco virtual router, Fortinet virtual security, and Riverbed virtual WAN optimisation. The service is the third the company has launched on the SDN platform.

The launch builds on wider trends within the industry as telcos aim to utilize the flexibility and speed of SDN and NFV to recoup lost revenues. Traditional revenues streams of voice calls and text messaging have been slowly eroded in recent years, as more customer switch to OTT services such as WhatsApp. Creating new services for business customers is generally regarded as critical if the industry is to avoid being relegated to the likes of utilities.

It would appear to have been a busy couple of weeks for the AT&T team who also made a couple of new announcements last week. On the enterprise side of things, the team it was adding faster internet speeds, up to 1 Gbps, for business customers using the AT&T Business Fiber service. On the consumer side, AT&T also announced it has reached the trial phase of its national drone programme, which focuses on how AT&T customers can benefit from drone-based solutions, including providing enhanced LTE wireless coverage.