Intel takes its IoT unit to the shops

Intel has continued its ride on the ever-growing IoT wave as it announced a new platform to introduce the technology to the world of retail.

To say that Intel disappeared from the technology world would be ignorant, though it would be fair to state missing out on the smartphone revolution impacted its influence on the world. The launch of its Responsive Retail Platform is just another facet of its IoT armoury, as the chipmaker is beginning to reclaim its former PC glories from the 80s and 90s.

The team claims the platform brings together retail hardware, software, APIs and sensors in a standardized way, to allow for more personalized shopping experience for customers, more advanced inventory systems, as well as new checkout ideas. It’s a confident move from Intel, considering the continued decline of the high street in favour of online shopping, though a $100 million commitment from the team will go some way to merge the physical and online shopping experiences for digitally-native consumers. 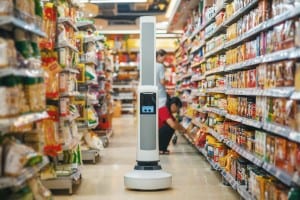 “Data can be measured, analysed and accessed from anywhere.  It will be the differentiator for retailers to grow and engage an expanded customer base.

“Until now, detailed shopper data was only available to online storefronts. At Intel, we believe that increasingly retailers will be separated by those who have data and use it to grow and optimize the shopping experience, and those who don’t and make their decisions based on “experience” and subjective observations.”

In truth, while the smartphone and the emergence of thousands of online retail businesses have severely impacted the high street, the future is looking a lot more positive. With advancements in such technologies as virtual and augmented reality, artificial intelligence, holograms and robotics, our physical environment is about to undergo a significant evolution, with the retail environment set to benefit substantially.

AR and VR can help remove the uncertainty of purchases for those who don’t have time to wait for a changing room. AI can reduce costs and also more effectively manage a stores supply chain, while also freeing up staff for a more personalized shopping experience. The real world integration of IoT is the step which makes these next-generation technologies a reality in retail. 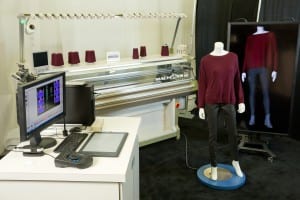 While Intel is continuing to ride the wave of IoT and reclaiming lost fortunes after a less than successful venture into the world of mobile, what about the telcos? Every time a company, such as Intel, makes a big splash in the IoT pool, it highlights the potential to generate huge amounts of cash, but draws more and more attention to the fact the telcos are beginning to miss out on the bonanza.

Although part of the IoT revolution is defined by the role of 5G, the telcos are still remaining relatively quiet in this segment. Maybe it’s a perceived arrogance that IoT cannot function without them, they are after all the connectivity providers, but is that going to be enough? There are plenty of activities which are going on in the 4G world currently, undermining the importance of 5G in the IoT world.

Yes, this is only temporary; as the penetration of IoT increases, demand on the network will also drive the need for 5G. But it is a reality check; the rest of the IoT world will not be held back waiting for the telcos.

Connectivity will not be enough of a business model to satisfy the profit-hungry investors in the telcos, so when are we going to see the former poster-boys of the technology world make a move in the IoT arena, or are the beckoning calls of the utilities gang becoming too loud for the lumbering telcos.