The waiting is over, Trump is here and he means business, or does he? 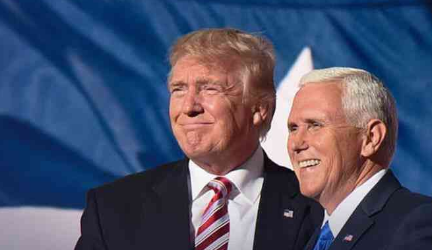 As President-elect Trump picks out his favourite red tie in preparation for his inauguration to the most powerful office in the world, the tech world nervously awaits.

Many people are only now coming to terms with what is about to happen; Donald Trump, the man who builds hotels, runs beauty pageants and hosts reality TV shows, is going to be in charge of arguably the most influential country in the world. Almost every industry is going to duck and weave around political swipes in the next few months, though the telecoms and tech industry could be in for more of an interesting time than others.

Due to the importance of technology and telecoms in our day-to-day lives, the industry on the whole is prime for political ping pong, but what does a Trump administration mean? As an avid tweeter, the opinions of Donald Trump have never been quietly mumbled, but considering the rapid rate in which the President-elects opinions seem to change, guessing the outcome is going to be as easy as picking the winning lottery numbers.

Firstly, the FCC. Oh dear, the FCC. Brace yourself FCC, this is going to be an interesting couple of months.

Net neutrality has been one of the more controversial topics of conversation in living memory mainly due to the conflicting interests. This has gone much further than party loyalties, bickering and one-upmanship; there are two camps which couldn’t be further apart on the topic. A Wheeler-led FCC has introduced net neutrality policies, ruling against a two-tiered internet, however a Republican-led FCC will soon set about dismantling Wheeler’s legacy.

What this actually means in terms of concrete policy and regulation remains to be seen, however we can expect numerous new zero-rating offers, data throttling and a tiered internet with the control passing back to telcos.

The FCC could also be in-line for a major structural overhaul, assuming Mark Jamison, one of President-elect’s key advisors, gets his way. Jamison is part of the ‘landing team’ which has been set in place to make sure all government bodies are toeing the Trump line. Jamison’s responsibility is the FCC.

Back in October, Jamison penned a blog post in which he explained his theories on the role of the FCC. From his perspective, the FCC should oversee license radio spectrum, property right for use and not content, and nothing else. Other responsibilities should be transferred to other government agencies, resulting in a substantially slimmed down FCC. The agency could potentially look completely different in six months’ time.

Outside of the FCC, intelligence agencies could be given additional freedoms to snoop on personal information both in the US and abroad. A new law recently gave the CIA permission to share intelligence before applying privacy protections, however Trump has made comments in the past declaring his desire to have surveillance capabilities which match Putin in Russia. This may well be a bit of huffing and puffing, but increased freedoms to the intelligence agencies is a likely outcome in the near future.

We’d like to assume there would be firm opposition to any new or extensive laws, but if recent experiences are anything to go by, you wouldn’t expect too much. Looks like the personal freedoms and civil liberties may be pushed to the limit as Trump continues his quest to make America great again.

Another potential ripple from new spy laws could be seen across the Atlantic in the more privacy-sensitive European Union. Greater surveillance power is unlikely to go down well in Europe, and could test the resilience of the already shaky EU-US Privacy Shield. The different interpretations on what privacy and civil rights means on each side, could see transatlantic data transmission as a hot topic of conversation once again.

In terms of the ongoing AT&T merger, this is a significant question mark. Trump has been quite vocal about his opposition though recent remarks may indicate he’s standing a bit further back from the saga. That said, he could be on the war-path once again next week. AT&T’s lawyers are trying every trick in the book to avoid a political conflict, but keeping a deal worth $108 billion quiet is going to be almost impossible.

One of the more damning trends which we will potentially see in the coming months is a trade war between the US and pretty much everyone else in the world. The UK is trying its best to cosy up to the new President, however Trump has done his best to offend those in China and Mexico in particular.

The China issue is a tricky one, mainly because almost every technology country in the world is trying to penetrate the Great Wall. It’s a hugely lucrative market and could be the difference between a company striding confidently onto the world stage, or a slow withdrawal into the shadows.

Trump has already promised increased tariffs on foreign goods to encourage Americans to buy American goods, but is the domestic economy buoyant enough to support the ambitions of companies like Apple? For every tariff placed on a foreign country, America can expect some in return. One has already been promised by the Chinese.

For other verticals, the American economy might just be enough, but what about the likes of Google, Dell Technologies, VMWare, Cisco, Qualcomm, Intel and IBM? These are all organizations who are looking internationally for growth. In truth, the American technology and telco market is stagnant, a protectionism policy which kick-starts an international trade war would be crippling to these organizations. Should such a scenario play out, how long will Silicon Valley be able to call itself the centre of the technology world? A shift in power could be beginning.

This is a distant possibility, as there is likely to be an army of lobbyists to argue against the policies, however a distant possibility is still a possibility. Twelve months ago if I had told you Donald Trump was going to be in the White House, how many people would have believed me? The Trump train is fast and unpredictable; anything can happen, and it can happen quickly.