Despite improvements towards gender equality, women are underrepresented and underpaid in the US workforce. On average, women make only 79% of what men make, and they are also a distinct minority in the office. Nowhere is this more clear than in the tech industry. Silicon Valley has been associated with “bro culture” in the past, and while that may be extreme, the tech scene is nevertheless predominantly composed of men.

In fact, women hold only 26% of computing jobs in the US workforce, and if you dig deeper, you’ll find that women make up just 18% of undergraduate computer science degrees. The lack of women can be found elsewhere in tech too, and the numbers get more extreme. Freelance platform Toptal conducted a study that found that only 5.4% of active contributors on GitHub, the largest online open source platform, are women. Even on the relatively anonymous internet, women are underrepresented. Clearly, gender equality doesn’t exist in tech.

The cause of this inequality is harder to parse as not many studies have been done on the subject. Some, like Melinda Gates, believe that gender inequality in tech began with the rise of male-dominated gaming culture. Others point to weaknesses in the educational pipeline (more on that below). Ultimately, though, the problem has been going on for years, yet it’s only receiving attention now. In 2015, Ellen Pao sued her employer based on gender discrimination, and a Google Employee started a spreadsheet to document pay discrimination, and in a 2016 reversal, a Yahoo employee sued the company on the basis of gender discrimination against men. These are just a few examples of the activity directing attention towards gender inequality in tech in the past two years.

More of these cases open up every day, and despite the media’s attention, the problems of gender inequality persist. So what can recruiters and businesses do? First and foremost, they can be aware of the problem. The only way gender inequality in tech can be corrected is if those in power are aware of the problem. Then they can work towards building equality: ensuring that at least one woman makes it to the final round of the interview process, promoting women within the company to ensure balanced leadership, and auditing salaries to ensure that women are paid as much as men. These are three small steps that take time and perseverance to enact tangible change, but that is how companies can begin to promote gender equality within their business.

If you need more inspiration, check out these three companies fighting against gender inequality in tech:

Girls Who Code, a non-profit founded in 2012, treats gender inequality in tech as a pipeline issue and combats it at the roots. If only 18% of computer science degrees go to female students, clearly the problem starts young. In fact, Girls Who Code found that 66% of 6-12 year-old girls express interest in tech, but by the time they reach the 13-17 age range, that number has already dropped to 32%.

To encourage sustained interest in tech, Girls Who Code offers after-school and summer programs catered to girls in middle and high school. To date, the nonprofit has worked with more than 10,000 girls in 42 states. With 60 top tech companies pledging to hire its alumni, Girls Who Code has done a lot to fix gender inequality in just 4 years.

Officially formed in 1994, the roots of the Anita Borg Institute have been around since 1987 when computer scientist Anita Borg first created a community of female technologists. ABI has grown since its first digital community and connects women in tech in 50 different countries. It also hosts the Grace Hopper Celebration of Women in Computing (GHC), which is now the largest annual gathering of women technologists in the world.

ABI’s role in fighting gender inequality is more passive than direct, but it is no less important for that. ABI provides a support system for women in tech, where they can give and receive encouragement, discuss problems, and learn together, but it also acts as a media outlet for the issue of gender inequality in tech and regularly gets content posted on top news sites, pointing out the gendered flaws in the tech industry. Many of the top tech companies have partnered with the ABI, meaning that they are actively building programs to recruit, promote, and keep women in technical roles at the company. ABI’s tactic of community-focused initiatives is a powerful tool to help women not feel overwhelmed by the male-dominated tech industry.

Given the historical rate of societal change, women will not achieve equal pay until 2058—Arjuna Capital aims to fast track that and make it happen in the next few years. Arjuna Capital is an investment firm that has been putting its money towards forward-thinking companies, whether it’s companies becoming environmentally sustainable, pushing for peer-to-peer sharing, or promoting gender equality, believing that helping the world can help increase business profits too. Recently, Arjuna Capital has set its sights on closing the pay gap for women.

Using an investing tool called a shareholder proposal, Arjuna Capital has approached nine of the largest tech companies, asking them to close the gender pay gap. As a result of Arjuna Capital’s pressure, Intel has stepped forward as a leader in equal pay, and Expedia, eBay, Amazon, Apple, and Microsoft have all committed to transparency in their employee’s salaries and have agreed to create a report detailing whether they truly have equal pay and to set about to remedy the pay gap if it exists. By targeting the leaders in tech, Arjuna Capital is pushing tech companies to enter the spotlight and hold the standard for what equal pay actually looks like and how to get there, and hopefully more companies will follow in their wake.

What other companies do you know of that are fighting for women in tech? Leave a comment below! 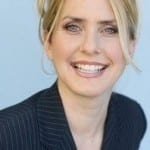 Jennifer Keith is an entrepreneur and advocate for diversity and equality. She has a degree in biology and enterprise management. For the past couple of years, she has worked with tech companies in the fintech industry for their strategic partnerships. You may connect with her on Twitter.