At the recent Operations Transformation Forum held by Huawei in Wuzhen, China, we met Thomas Staneker, head of Deutsche Telekom’s TV Service centre, who was there to talk about his experience in helping transform his company into a significant TV player.

In his keynote at the event he explained that TV and telecoms are not always an easy fit, with TV having been designed as a one-way broadcast technology and telecoms networks set up to enable direct two-way communication between individuals. Rapid technological change in recent years has fundamentally altered the way people expect to consume their media and created a major opportunity for the owners of the communications networks nearly all video is set to be streamed over. 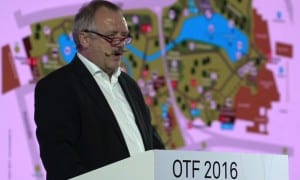 The advent of the mass market videocassette recorder in the late 1970s marked the first time consumers could experience video on demand without having to leave the house. This spawned a number of large industries that thrived until the arrival of high speed internet.

Consumer behavior first became conditioned to the concept of digital media accessed through the internet rather than physical storage such as cassettes or optical disks with the arrival of the MP3 and devices such as the Apple iPod. As broadband became ubiquitous and download speeds increased new opportunities were created for streaming services such as Spotify.

Of course video files are far larger than audio ones and it’s only in recent years that fixed and mobile broadband capacities have increased to the extent that streaming video is viable for the mass market. The impact of this has been to completely revolutionize the nature of consumer video consumption from linear to on-demand.

Where we previously had a small number of broadcasts in a given region we now have millions of distinct video streams and these all need to be hosted by telecoms networks. While this puts an enormous burden on them it also puts them in a position of strength as there is no other ways to fulfil all this demand.

This is where the opportunity lies for operators – they are the gatekeepers for all this on-demand video. Currently operators are just dipping their toes in the water with video via service bundling and maybe a bit of premium content, but Staneker and DT are already moving onto the next phase of the operator TV opportunity.

At the forefront of DT’s video strategy is the Entertain TV IPTV platform, which is positioned as the next-generation TV experience. To get a sense of how DT is positioning it, here are some of the features and benefits the company is attributing to Entertain TV. 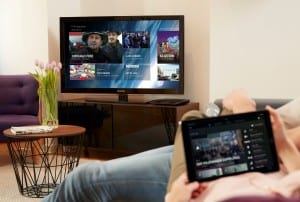 A lot of these features are not new – Netflix subscribers, for example, are used to being able to access content on multiple devices and YouView in the UK is an example of a hybrid TV platform that offers features such as catch-up and live pausing. The major difference offered by Entertain TV, apart from a unification of multiple content platforms, is the fact that it’s provided by an operator.

In DT’s Q3 2016 earnings call CEO Tim Höttges elaborated on the role content plays in DT’s overall strategy. “For the integrated markets, especially for fixed-line markets, having attractive content is definitely something which is driving the usage at home,” he said. “Now with that said, our strategy is to be the content aggregator and with our Entertain platform to have, let’s say, the most attractive content with a fingertip directly and we are willing to partner with everybody to sort of creating an open platform in this regard. This is our strategy and stays our strategy.

In contrast to the approach taken by BT in the UK, where it has made significant investments in premium content such as football, Höttges isn’t convinced that presents a good return on investment.

“As you know, in Germany, we have some of the long tail content like the basketball league or like the ice hockey league, where we find a group of customers being interested in,” he said.

“Does it mean that we’re now going into €1 billion investments per annual on football rights? No, because from a market here in Germany, that would not be commercially viable and attractive. So I think it is a little bit opportunistic with regards to some exclusive content, which we put adjacent to our aggregation strategy.”

In his interview with Telecoms.com at the Huawei OTF event Staneker elaborated on some of the other opportunities for operators he sees in this new video era. One was ‘big data’ in a TV context, in which the TV platform provider is in a position to collect massive amounts of data on the viewing habits of its customers, which in turn could be used to fine-tune programming according to customer needs and inform a new generation of targeted advertising.

At the event Huawei, which is the platform partner for Deutsche Telekom Entertain TV, released the latest version of its hybrid video solution called ‘Huawei Envision’. The TV/video opportunity was a major theme for Huawei throughout the event and Envision is the platform it has designed to help operators.

Announcing the launch Song Xiaolong, President of Huawei Digital Service Product Line, said “The 1.0 era when video services were regarded as value-added services has gone and an increasing number of carriers are taking videos as a fundamental service, changing their development strategies from ‘data network-centric’ to ‘video network-centric’.

“They are expanding video services from entertainment videos for individual users to real-time communication video and industry videos, such as security protection and city monitoring videos and user generated content videos. We call it the video 2.0 era when videos, as a fundamental telecommunications service, create the future of the telecommunications industry.”

Huawei has positioned video as a key component of its operator services strategy as it believes it represents a very significant growth opportunity for operators that have seen their ARPUs steadily decline for years. DT is one of the operators Huawei thinks is doing the best job of exploiting this opportunity and may be setting precedents for the rest of the industry to follow.