Let’s get more women into engineering

Telecoms.com periodically invites expert third parties to share their views on the industry’s most pressing issues. In this piece Natalia Molinero Mingorance of behindthesciences.com asks why more women don’t choose STEM careers and what can be done about it.

Nowadays, career paths with better professional futures are those related to Sciences, Technology, Engineering and Mathematics (the so called “STEM). However, in 2016, girls still avoid enrolling on these STEM courses.

A combination of stereotypes, parental influence, lack of female references, a low self-confidence and the fact that these degrees aren’t considered for having an evident social impact, compel most girls to choose other degrees related to Medicine, Humanities, Social Sciences and Law.

In countries such as US, only 14% of the engineers are female. The Organisation for Economic Co-operation and Development (OECD), formed by 34 countries, concludes that degree choices are made at a very early age (15 years old girls have already decided whether they want to become engineers) and also shows that technical subjects are not any more difficult for female students.

In addition, the OECD claims that parents who are teachers tend to promote the technical degrees among boys and don’t encourage girls to study engineering or maths, even when both, sons and daughters, show the same academic performance. They also complain that there is a trend among teachers to give better grades to boys than to female students.

Lila Nilsson, director of the Blum Centre of Innovation at the University of California, Berkeley, stated in The New York Times, that “if the content of the engineering works would have a clearer social impact, more girls would register in those areas”. The Professor has launched a PhD in Engineering for the Development, where students find solutions to obtain clean drinking water. They design equipment to detect tropical diseases or they find solutions to create technology companies in poor regions. 50% of her students are female.

Therefore, education seems to be one of the main reasons why girls are perceived and even considered by themselves less capable and attracted to study an engineering degree. This surprising issue for an increasingly more technological society is being addressed by several organizations that aim to promote STEM among younger age children, so that they understand what these professions are and so that they are perceived as something achievable for both genres.

Outreach activities at Primary and Secondary schools, female STEM staff support, motivation and networking are the main objectives of the Women in Engineering Societies around the world.  Among the strongest ones, we can reference the Society of Women in Engineering and the WomEng, which also provide support and guidance to university students in order to avoid the “dropping out” tendency.

The percentage of women graduates in engineering is below 20% in many countries, and the number of women in the sector is much lower. In a society where the inequality among genres seems to no longer be an issue, we would expect that the education and the prejudices won’t stop girls to have the same professional opportunities as boys do. 2020 is considered the year when the 5G disruption will come, will we see the same amount of women and men developing these technologies?

How you can contribute to the change

Luckily, there are many ways for those who agree STEM degrees and careers need to be accessible for everyone to make an impact, nationally and internationally.

There are three categories to be awarded:

The winners will become ambassadors for the IET and the engineering profession, as well as role models for the younger generation, which will enhance their CVs and future career. This awards ceremony is sponsored by industrial partners who are willing to recruit and meet their gender diversity targets. It is a great event to attend to meet these employers, network with fellow engineers and just show your support. However, if you can’t make it, you can also contribute just tweeting using the tag #9PercentIsNotEnough to inspire the next generation of female engineers. 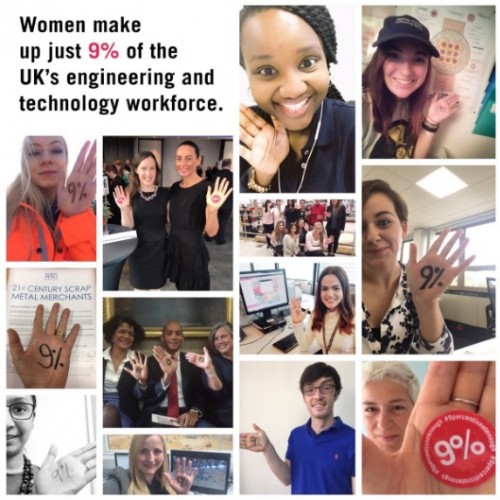 Another event to support and contribute to the change is the International Women in Engineering Day, which was initially a national event and in 2017 it’s expected to be an International awareness campaign to raise the profile of women in engineering and focus attention on the amazing career opportunities available to girls in this exciting industry. It takes place annually on 23 June. Again, you can support this initiative on social media with the hashtag #INWED17. To give you an idea of how important this is, be aware that UNESCO patronage endorses the event worldwide.

Would you contribute to support women in STEM careers? If so, what do you think is the best way to do it? 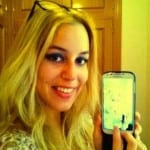 Natalia graduated in Telecommunication Engineering from Spain. She came to the UK two years ago to study an MSc in Wireless Communications System and upon completion was offered a job as a Research Associate on a 5G project. She is also currently doing a PhD on the same subject and runs the telecoms sections in the behindthesciences.com blog.