Operators need to get smart to prevent IoT hacks

Telecoms.com periodically invites expert third parties to discuss the latest challenges facing the industry. In this post Robert Winters, Global Marketing Director at Cobham Wireless, examines the growing threat of cyber-attacks in an IoT ecosystem, and how operators can plan for the future.

The Distributed Denial of Service (DDoS) attack on Internet Performance Management company Dyn on 21st October was the first widespread orchestrated hack via IoT devices, and will likely mark the beginning of similar attacks as more smart devices are connected to the virtual ecosystem. The DDoS attack involved Mirai malware which overloaded Dyn’s server with traffic. This type of malware was not comprised of a system of computers, but instead of IoT devices like CCTV cameras, digital video players and webcams. Estimates by Scott Hilton, Executive Vice President of Products at Dyn placed the number of infected devices at the source of the attack at 100,000 and peaks of over 1TBps of traffic, which would make this a record-breaking DDoS incident.

The very devices which were produced to make consumers’ lives easier and more connected, and which showcased manufacturers’ technological prowess, are being turned into weapons which could cause significant damage to network infrastructures. Operators need to get smart to this and adopt a strategy to protect and harden their infrastructure.

Dyn provides services to a number of internet sites including Amazon, Spotify, Netflix and Twitter. For customers on the East Coast of the US the 21st October hack was an inconvenience at most, interrupting and slowing connections to around 80 sites. But for vendors this was an expensive, damaging attack. And the worst part? Without adequate security measures, the increasing number of smart devices and the widening IoT ecosystem mean that attacks like this will not be one-off headline grabbing news stories, but commonplace occurrences.

IoT devices may be ‘smart’, yet the hacks themselves are elementary. Most major hacks require sophisticated network breaches, though in contrast, many IoT devices are easy to hijack as they are unprotected and often still have an unchanged default password. The more connected devices there are, the more liable to attack a network will be. No doubt adding to this number will be the adoption of NB-IoT, touted as the latest standard for supporting connected devices. The new low-power, low-cost technology could also improve spectrum efficiency and battery life for IoT devices. However, operators must be aware that the new radio technology will be just as vulnerable as current network standards, as hackers look for new modes of attack against operator networks.

According to research by Gartner, there will be over 20 billion connected devices being used by 2020. Future hacks should not come as a surprise then, but be seen as an inevitability. Manufacturers must work with designers to better secure smart devices, but networks can also take measures to prepare for this future.

To safeguard systems and prevent businesses and consumers from being plunged into darkness, ISPs must stress test their networks against a variety of attacks, employing technology that provides a comprehensive recourse for proactively protecting and hardening their systems. The threat today is global, so ISPs should also consider gaining the ability to move and share their testing resources internally, maximising the chances of identifying any potential security holes across their entire business.

A combined strategy of prevention and defence should be considered. Putting in place the appropriate cybersecurity infrastructure that has been assessed for its effectiveness to detect and prevent an attack is key. If a DDoS attack occurs, it’s vital that security infrastructure is pre-validated with emulated attacks in a controlled environment. `

Finally, even if your cybersecurity defences are in place, you still need to guarantee uninterrupted connectivity and the free flow of information to and from your IoT devices and network. The security overhead involved in dealing with an attack can negatively impact overall performance of the underlying network. Understanding performance limitations under high traffic load, in the presence of an attack is vital to a defence strategy.

The IoT is growing, underpinned by a dizzying number of smart devices adding links to the system. These open up more potential routes to hackers, with devastating effects for businesses across the ecosystem. Operators need to get smart and choose a solution which offers real-world threat emulation to make sure their networks are secure against the array of hacks they could fall victim to. 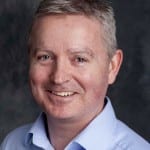 Robert Winters heads up the global business for the TeraVM product line within Cobham Wireless. Robert was a co-founder of Shenick Network Systems which was acquired by Aeroflex-Cobham in 2014, where he served as CMO and a board member.