Telecoms.com periodically invites expert third parties to share their views on the industry’s most pressing issues. In this piece Dean Anthony Gratton takes a look at the surprisingly exciting world of powerline networking.

Nowadays, Powerline Communications (PLC) has become a well-understood and established technology that enables data transfer over your existing electrical cabling; yet, it’s a technology that’s not ordinarily associated with extending your home network in hard-to-reach or blackspot areas across your home.

To be honest, my first thought when choosing to ensure smooth and seamless connectivity across my home, was to source a Wi-Fi extender so that I can enjoy Wi-Fi connectivity all over my house. In fact, it also extends quite comfortably to the garden where I can achieve speeds of up to 60Mbps – in the office, I typically achieve 75Mbps. On the other hand, if I had chosen PLC with either an Ethernet or Wi-Fi access point, my connectivity would have apparently extended to the garden shed, which is pretty impressive.

So, there are two types of PLC, namely narrow and broadband. Narrowband uses lower frequencies (3 to 500kHz) and, as such, has lower data rates (typically no more than 200kbps) but achieves a longer range over several kilometres, where data can be transmitted over greater distances using repeaters. The applications touted for narrowband include the Smart Grid, Smart Metering, Smart Cities, Commercial buildings and, of course, it could be used as an insidious delivery mechanism for both the IoT and the Industrial Internet of Things (IIoT).

Establishing powerline as a viable extender

Conversely, broadband PLC uses higher frequencies (1.8 to 250MHz), in turn, achieving higher data rates of up to 100Mbps over a relatively short distance, so is aptly suited to home networking or a small office and is an obvious choice for extending your home network.

I have used powerline myself in the past in circa. 2008 when I moved into a property where the broadband connection entered the basement. So, this is where a Wi-Fi extender wouldn’t work. since the basement was constructed with thick walls and our home office was located on the first floor. So, I chose powerline, which at that time was becoming established and ramping up its viability as an alternative to a Wi-Fi extender (the early days, I guess).

When I initially purchased powerline to extend my home connectivity, the premise of using the technology, was that your home wiring had to be fairly new and void of old circuits and whatnot. Fortunately, the property was newly refurbished and the wiring was in good shape. But today, with new specifications, adaptors and enhanced modulation schemes, propagating data across your, perhaps, shoddy wiring has become increasingly tolerable.

A relatively new specification – well, I say relatively new since this particular standard has only existed for seven years or so and we all know how long these take to formalise and appear as ‘ready’ to use as a completed specification! Anyway, g.hn, a specification purported to offer data rates of up to 1Gbps, which operates over legacy copper wiring, coax cabling and, of course, electrical wiring has revolutionised powerline!

It’s powerline’s ease-of-use that makes it such an attractive proposition for everyday non-technical consumers and, come to think of it, even the most tech savvy among us will appreciate its ‘plug and play’-esque capabilities. In essence, there’s not much not to love about powerline. It solves connectivity issues simply and effectively, providing freedom of movement within our homes and gardens without any loss of connectivity.

I see powerline succeeding on multiple levels as, irrespective of flavour, it solves problems simply, which is the ideal formula for both marketing and retailing today’s new technology. And while we’re talking simple, here’s a crazy thought: The Big Six energy suppliers in the UK could potentially offer you a broadband service – or am I just being silly? 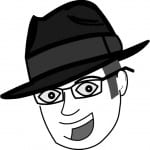 Dr Dean Anthony Gratton is a bestselling author and columnist, and has worked extensively within the wireless communications R&D industry. His wireless research work has been patented. You can contact Dean via his website, and follow him on Twitter (@grattonboy) to enjoy his risqué humour, witty shenanigans, social media and technology-related tweets. You can also read more about his work at deangratton.com.