Voice quality and testing are priorities for VoLTE in 2017

Telecoms.com periodically invites expert third parties to share their views on the industry’s most pressing issues. In this piece John Wick, VP and GM of the Service Provider Group at Syniverse, looks at how operators should go about optimising their approach to voice over LTE this year.

Voice over LTE, or VoLTE, is in many ways one of the final frontiers for LTE. Most voice calls still use 3G networks, but in the next few years mobile operators are expected to make a massive transition to VoLTE. This will eliminate the need to have voice and data on separate networks and open a new era of integration for next-generation voice services.

Yet during this transition it will be imperative for operators to keep pace with their competitors’ implementation of VoLTE while at the same time maintaining their current quality of voice service that users expect. On this note in particular, voice retains a special place as a mobile service that must be handled with care. Despite the popularity of data services, voice remains the first mobile service that many people first used and the signature service they use today, and in large part they continue to base the quality of their overall mobile service on voice.

At Syniverse, we’ve been right in the middle of helping operators tackle the special challenges of this VoLTE integration. In my recent work, I’ve developed two observations among others that I predict will be especially crucial to success with VoLTE in 2017. As this new voice technology standard moves to the forefront in the next few years, I think these observations will offer a valuable guide to operators navigating the next stage of their VoLTE integration.

Where We Are Now

VoLTE is gaining ground fast and is set to soar in the next few years. On the operator side, as of late October, over 150 operators in 72 countries had invested in VoLTE, according to a report by the Global Mobile Suppliers Association. This included over 90 operators that had commercially launched VoLTE services in 52 countries.

On the consumer side, the number of VoLTE subscriptions is expected to exceed 200 million by the end of 2017, according to a recent Ericsson Mobility Report, and this number is predicted to hit 3.3 billion and represent 60 percent of all global LTE subscriptions by 2022.

Clearly, VoLTE is big and getting bigger, and by 2020, research firm IHS forecasts that VoLTE services will reach 46 billion, with North America accounting for almost half of that amount, but with Asia having nearly three times as many subscribers.

Although the biggest benefit of this VoLTE growth for operators will be the freeing up of spectrum for increasing 4G, 5G and internet-of-things services, it’s imperative in 2017 that operators continue to maintain primary focus on ensuring that the quality of their voice service remains immaculate.

It’s important to remember that while operators have spent billions of dollars launching LTE data networks, most voice calls on mobile networks still use legacy circuit-switched technology. Older networks were foundationally built for voice traffic with data pipes added for increasing data use, but newer networks have focused on data in the all-IP extension furthered by LTE. These separate voice and data networks have been able to co-exist smoothly for many years, but now these network layers are reaching their limits in terms of meeting the demands of users accustomed to the faster speed of 4G. The answer to increasing speed has boiled down to either buying more spectrum or freeing up inefficiently used spectrum, and this second option is where VoLTE has come in.

But while the main benefit of VoLTE is faster broadband for operators, users will base their expectations for reliability and quality on the legacy circuit-switched world of their 3G experience, and it is this that operators must place priority on. It’s crucial that they maintain the quality of service for their voice communications and that their VoLTE service provides the same experience or better.

For this reason, in 2017 it will be vital for operators to have an airtight plan for guaranteeing no dropped calls, no declines in voice quality, or no other service interruptions during their VoLTE transition.

Although VoLTE is in use by a relatively small part of the world’s mobile networks today, its use promises to skyrocket in the next few years. Until then and even beyond, a crucial factor in the implementation of VoLTE will be how well operators prepare for roaming between VoLTE-enabled and non-VoLTE-enabled markets.

Specifically, this challenge involves a roaming marketplace fragmented into markets with no LTE service; markets with both LTE and legacy 3G and 2G service; and markets with only LTE service. Interoperability between these markets will involve new equipment, new roaming partnership agreements, and new services and pricing structures, among a number of complex changes.

It’s imperative that operators have a fully defined testing strategy in place for a number of roaming situations and fallback scenarios in these three kinds of markets. They must ensure that LTE calls seamlessly hand off to older technologies when users travel through areas that lack LTE service, and that users with LTE service enjoy seamless connections to available LTE service with minimal disruptions. This includes testing load, throughput and traffic among multiple connections.

IPX has emerged as a fundamental network backbone for LTE, VoLTE and next-generation services to provide operators the foundation to conduct this testing. This technology allows a single-connection approach that simplifies testing and deployment while consolidating a large number of connections worldwide. For this reason, to rigorously test VoLTE and non-VoLTE roaming scenarios, IPX should be integrated as a core part of operators’ strategy in developing a foundation to enable interoperability between different markets.

As LTE moves closer toward becoming the new standard for mobile service, users will increasingly expect access to the same rich, high-speed experiences. As operators ramp up their efforts to meet these expectations, placing special focus on voice quality and testing will be crucial in 2017. 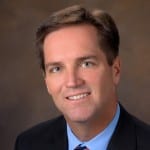 John Wick serves as Senior Vice President and General Manager, Service Provider Group, and is responsible for the management and growth of Syniverse’s next-generation networks, messaging, and policy and charging lines of business. He also leads the product and software development across these lines of business. Mr. Wick joined Syniverse in 1993 and was initially responsible for managing the network operations department. Over his tenure, he has held management positions in the operations, research and development, technology, business development, and product management groups. Prior to joining Syniverse, Mr. Wick was a systems integrator with Verizon and, earlier, an electronic communications and switching systems technician for the U.S. Air Force, for which he was stationed in Wiesbaden, Germany, and San Antonio, Texas. Mr. Wick earned both bachelor’s and master’s degrees in business from Nova Southeastern University. He also holds an associate’s degree in electronic engineering technology from the Community College of the Air Force, and he is a certified Six Sigma Black Belt.