OPEN-O is an open source unified orchestrator project for telecoms virtualization launched at Mobile World Congress 2016 by the Linux Foundation. The stated aim at launch was to bring the industry together to develop the first open source software framework and orchestrator to enable agile software-defined networking (SDN) and network function virtualization (NFV) operations.

A major contributor to this project is Huawei, with strategy director Joe Hou on the OPEN-O board and the internal champion for the project within Huawei. Hou spoke to Telcoms.com at the launch in Barcelona and we also caught up with him at Huawei’s Operations Transformation Forum event in Wuzhen, China late last year at a media round-table, where the main topic of conversation was OPEN-O and its first release. 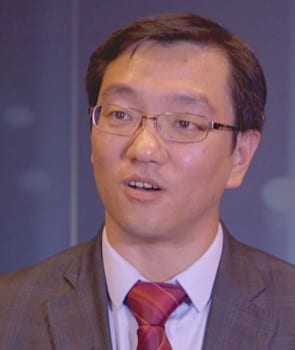 What’s your role at Huawei?

As VP of Huawei Global Technical Service I am responsible for service strategy and architecture. I’m also a board member of OPEN-O.

Tell us about the recent OPEN-O release

China Mobile, China Telecom and Hong Kong Telecom are planning to introduce this orchestrator layer on top of the infrastructure, OPEN-O is the first industry orchestrator to cover both SDN and NFV Orchestration. It is going to be released by the open source community, not Huawei. Till now we have 13 members and another 20 companies show interests to join OPEN-O.

This is the first major OPEN-O release, having announced it at MWC. What have you learnt since then?

First is the need to collaborate – some members are competitors in the market but in the open source community we need to collaborate. There are 7-9 projects with different members in charge of different projects, but when it comes to a release they need to be integrated, tested and verified together.

The orchestration covers cloud datacenter, SDN and NFV, how much easier does it make those processes?

Any service provided by operators will definitely need these three types of resources. The orchestrator will help the operators to shorten the time to market of the new services. The traditional way involves a work order to different departments, so the staff take the work order and configure the equipment and synchronise to launch the new service. This process normally takes around 6-8 weeks and the role of the orchestrator is to automatically configure the necessary equipment and orchestrate the required resources and then launch the new service.

Is this a big culture change for companies like Huawei when you work in the open source community?

Do you feel competition with other similar organizations?

I think the scope is different because OSM is mainly Open MANO and focused on NFV orchestration, but OPEN-O also has SDN and network connectivity related orchestration. Operators have the choice to join the one which can benefit them most.

How much progress do you think you’ve really made?

There’s real pressure right now to use the first release to test in real operational environments and in the meantime try to have more operators join the OPEN-O community.

Why do you think OPEN-O will be successful?

The orchestrator is definitely something operators will need, whether they use the open source or traditional approach they need this component in their network. Open source approach can speed up the service innovation pace, which can significantly reduce service on board cycle.

What do you understand by the concept of adopting an IT mind-set?

Telecoms industry forums build clearly defined protocols and network architecture, but that is on paper, which is then taken to operators to develop the product. IT is totally different and instead of paper it builds an open source community which generates code, which is also acting as de facto standard but real, not paper. So this timeline is much shorter than the traditional standards process.

How similar are operator requirements in this area?

Does open source damage the ability of operators to differentiate in the market?

What is the biggest barrier to more companies joining OPEN-O?

What is Huawei contributing to OPEN-O?

In the first release we’re one of the biggest contributors to the community in terms of volume of code and also the technical suggestions that may be applied as well as top developers. Some other companies like China Mobile, China Telecom, Gigaspace, Canonical and Intel have also contributed.

Next we will talk about what we should do for the second release and what features need to be developed. Every member has already submitted their proposals, especially for the operators which will be ones who mainly define the next release because they know what they want based on their own businesses.