DSL and LTE bonding: the best of both worlds

Telecoms.com periodically invites expert third parties to share their views on the industry’s most pressing issues. In this piece James Harris, Product Director, Service Provider & Key Accounts Europe at ZyXEL looks at the benefits of combining DSL with LTE for rural coverage.

While the majority of city dwellers have reaped the benefits of increasingly fast broadband speeds, rural customers have been left to make do with sluggish progress and sub-standard networks. For residents in these areas, the situation is becoming increasingly problematic, with the DSL networks they rely on being unable to handle demanding new services such as video streaming and large uploads.

If we compare the average speeds of DSL, which hovers around 6Mbps, against an average broadband speed of 28.9Mbps, it is clear there is a huge discrepancy in the level of service. As online companies are now adding services catered to higher network speeds, such as HD streaming, customers on slower bandwidths are essentially being cut off from certain areas of the web, including add-on services provided by CSPs.

Where fixed line broadband is concerned, this is unlikely to change any time soon. Fast connections require expensive infrastructure along with significant labour costs, meaning in rural areas, where there are a limited number of subscribers, there is no return on investment for CSPs. When this is considered along with the regulations that prevent damage to the countryside, it is understandable why telcos are reluctant to extend fixed-line services to these areas. Unfortunately, as older copper wires slow down the broadband signal as it travels further away from the telephone exchange, it is those that are hardest to reach that are suffering most.

The arrival of 4G LTE has provided some hope to rural customers, however, even this has its flaws. Although it provides much quicker download speeds, typically around 14Mbps, as opposed to DSL, the signal is easily influenced by factors such as weather and the environment, meaning its reliability is less controllable than a fixed-line option.

The reluctance to invest means there is a huge gap in the market for CSPs that can effectively cater to rural areas. With single play DSL and mobile networks still unable to meet consumers’ needs, a solution that combines the benefits of both mobile and fixed-line technology provides a more practical solution.

The development of new hybrid routers, which are able to combine DSL and LTE networks are sparking a new approach to the way broadband is delivered to rural areas. These devices are able to pick up a mobile data network and combine this with the DSL connection through the use of intelligent software. This allows the high bandwidth of the LTE network to boost speeds for DSL customers in areas where more advanced fixed-line services are not an option.

Whereas the DSL bandwidth can be used for less intensive tasks, and forms the primary method of connectivity, the LTE connectivity can be activated when more demanding tasks such as video streaming are underway. In this way, customers can reap the reliability benefits of their DSL connection, while experiencing the high bandwidth benefits of 4G as and when they need it.

However, it is not just customers that will benefit from this new method of delivery. Instead of having to upgrade old DSL connections, CSPs can now use telephone masts to boost these networks, allowing them to get the most out of their old copper infrastructure. This has meant some of the largest telcos are already beginning to implement these services. Deutsche Telekom has rolled out the service to some areas of Germany and SwissCom held a similar pilot in January last year. For CSPs hoping to implement the technology, they will need to move quickly if they are to take advantage of a head start.

Along with providing more satisfied customers and a new customer base, this also gives the opportunity to upsell services in a bundle through additional 4G connections on mobile devices. CSPs can opt for a two-box solution for LTE and DSL bonding, which involves giving customers a mobile 4G LTE router and a DSL enabled router with multipath TCP technology (MPTCP)  — combining the mobile and fixed line signals. With customers also able to use their portable 4G router on the move, this allows CSPs to monetise their LTE services further outside of the home.

The future of hybrid connections

With broadband asserting its role as a utility rather than a commodity, as many offline services become redundant, rural areas desperately need connectivity in order to complete day to day activities. In addition to customers, governments are also starting to pile the pressure on telecoms providers, with the EU recently setting an ambitious goal of 100Mbps by 2025 from all countries in the bloc, even for the most remote areas. Although this is some time away, the hybrid approach to broadband seems to be the most efficient and realistic option for rural customers for the foreseeable future.

As the growth of the connected home and internet of things will also mean critical functions such as locks and alarms will need to be hooked up to the internet at all times, some form of mobile back-up is likely to be the norm for the majority of the country at some point in the future. Considering the relatively low costs involved and the wide gap in the market, CSPs have a great opportunity to monetise this new technology now. 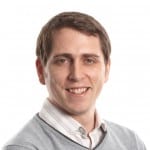 James Harris is a product director at Zyxel Communications responsible for the service provider division of the business. He has worked in the industry for the past 16 years specializing in internet access and wireless technologies and their respective markets. In his personal time James enjoys mountain biking and spending time with his wife and three children.