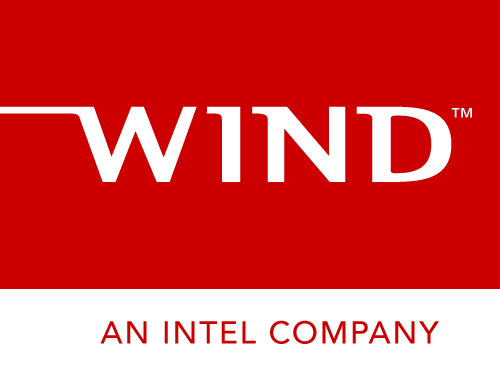 Telecoms.com partnered with mobile industry consultancy Northstream to bring you ten predictions for the telecoms industry in the coming year.

Commercial deployments of fully standardized, standalone mobile 5G technology are not expected to happen before 2019-20. Although Verizon is set to begin piloting 5G in the form of fixed wireless access (FWA) towards the end of 2017, we expect mass 5G deployments to still be at least 6 years away. Until then, Northstream predicts that operators will invest heavily in the advancement of LTE standards, rather than going all-in on 5G before it has been fully standardized.

Telcos will further invest in evolving LTE-Advanced through measures such as cell densification, MIMO and carrier aggregation (in both licensed and unlicensed spectrum). The costs of deploying 5G will be extensive and operators will only invest in 5G technologies if and when these can offer clear benefits compared to 4G standards Most operators will first want to make sure that the three use cases mainly associated with 5G, namely (1) massive IoT, (2) ultra-reliable communications and (3) enhanced mobile broadband (eMBB) are economically viable for them.

As indicated above much of the progress towards supposedly 5G speeds is already underway. Carrier aggregation has been around for a while, but we’re getting better at it and the trend towards creating many parallel pipes – i.e. MIMO – continues. Already we receive news of a new wireless speed record being set on an almost daily basis and by this time next year it’s likely the 5G target of 1 Gbps will have already been reached on a commercial network.

All this will make the endless ‘pre-5G’ announcements that will no doubt litter the year ring somewhat hollow. The telecoms industry is unhealthily dependent on the next ‘G’ to drive publicity and commercial activity, so the hype around 5G is both understandable and inevitable, but that doesn’t make it right. Telecoms.com fears marketers across the industry will risk rendering the term meaningless through its overuse and thus numbing their target audience into indifference.

For the coming years Northstream sees the bulk of network investments taking place in existing installation upgrades rather than new roll outs. We also believe that operators are keen to maintain a power balance between the top three global vendors. This will lead to a stabilization of market share and will ease the price pressure for infrastructure vendors.

In the long run, increased price pressure will further force the infrastructure vendors to consolidate and thus create an unbalanced and unfavourable market for operators. It’s in the operators’ best interest to maintain at least three global vendors to secure long term competition and technology development.

It’s no secret that Ericsson has had a tough year. The factors that have been blighting it for years – largely weakness in its core networking markets and its inability to diversify quickly enough to compensate for that – seemed to accelerate and CEO Hans Vestberg was forced to take one for the team. His eventual replacement was Börje Ekholm, who had previously been CEO of Ericsson’s largest single shareholder.

While there weren’t necessarily a lot of favourable alternatives for the gig – Ericsson will presumably have learned from watching the Elop disaster unfold on the other side of the Gulf of Bothnia – it’s not at all clear what sets Ekholm apart. Ericsson’s share price has almost halved this year, which will presumably have made its shareholders sad. Ekholm has clearly been brought in to recover some of that loss. Telecoms.com believes it’s quite possible that the board has decided the best outcome for shareholders will be to fatten Ericsson up for sale by continuing to streamline until the numbers start heading back in the right direction.

Northstream predicts a breakthrough and strong growth in NFV activities in 2017. The incentives for operator implementation are high as some new services (e.g. VoLTE) will benefit from virtualized network functions and some future ones (e.g. network slicing) are dependent upon them. As a result, NFV in 2017 will be driven by services such as VoLTE, Carrier Cloud, Wi-Fi calling, service chaining, resource sharing and network slicing. In parallel, NFV will be driven by the natural evolution of existing infrastructures, rather than acting as a replacement strategy for operators.

Though their focus remains on generating operational efficiencies, the real driver will be the new services NFV creates. For example, NFV provisions service chaining for network functions; which means that network services can be configured dynamically in software, without having to make changes to the network at the hardware level. More importantly, a new set of services are emerging which are dependent on NFV.

The fact that Verizon hasn’t already ditched Yahoo speaks volumes about how keen operators are to diversify into media activities. The fashionable solution to declining ARPUs for operators is multiplay on steroids – not just bundling content with connectivity but owning it too. Extrapolating this strategy will see consumers turning to a very small number of providers for their every techie need – hardware, connectivity, content, IoT, in-car infotainment, etc.

The consolidation of telecoms and media is happening in Europe too and Telecoms.com believes it’s not inconceivable that we will see M&A going in the other direction, with content and internet players buying their way into connectivity. On the vendor side an alternative turnaround strategy for Ericsson might be to double down on its TV businesses and meanwhile Huawei is betting that ‘big video’ will be a key growth area for operators. As we increasingly consume our video on demand, control of the pipe comes through is becoming increasingly important.

Globally, operators’ IoT revenues as a share of total revenue have been increasing steadily over the last few years. Some operators are now generating up to 1% of their revenue from IoT services and Northstream expects that though most will remain under or around 1% in 2017, a selection of leading operators in the US and Europe such as AT&T, Vodafone, Telefónica and DT will succeed in reaching up to 3%.

These players are capturing revenue not only from connectivity, but also from system integration, security, analytics, connectivity management platforms, and vertical solutions. In addition, these large operators have also struck major deals in the connected car market, which has high ARPU and growth. As IoT grows in the next few years, we expect to see even bigger differences in operator revenues across regions and based on operator size and positioning in the IoT value chain.

You’d have to be living in a cave not to read the writing on the was in terms of global politics in 2016. The UK vote for Brexit and the election of Donald Trump as US president are the two signature events of a year defined by democratic electorates rejecting the warnings their own elites in favour of a more insular, parochial stance.

Trump takes the reigns at the start of the year and if he even delivers a fraction of what he promised to get elected he will scatter tariffs around like confetti, which is likely to have a profoundly negative effect on global trade. Meanwhile Europe will continue the futile process of trying to force a bunch of very different states, many having to contend with growing populist movements of their own, to all point in the same direction.

The world never really recovered from the 2008 global recession and it has taken every central banking sleight of hand available, such as unprecedented low interest rates, to create the illusion of relative prosperity since then. Telecoms.com fears that if the aforementioned geopolitical shocks do tip us into recession we have very few measures left to do anything about it.

In 2017, Automatic Speech Recognition (ASR) will approach maturity and go from hype to everyday life, from a niche market technology to mainstream adoption. It will have broad applications and a huge impact on both smartphone and IOT devices. However, in stark contrast to historical trends, Northstream thinks Europe will trail behind the US and China in the adoption of this innovation. This will be due in part to language barriers, but also to the lack of investments and the slow pace of innovation within the European local markets towards the growth of ASR technology.

The rapid innovation and commercialization of IoT is supporting the growth of ASR, especially in the domain of smart homes, wearables and smart cars. In 2015, 95% of Apple watch users reportedly used Siri, of whom 50% used it daily and 31% used it several times a day or more. These numbers greatly exceed the frequency of Siri usage among iPhone users. Google claims that 20% of its searches are through ASR. However, ASR usage and satisfaction levels remain relatively flat in Europe as progress in languages other than English and Chinese has been limited. ASR is improving quickly, but to realize its greater potential, it needs to be combined with other AI technologies, such as natural language processing and deep machine learning.

Artificial intelligence has been a major technology theme of the year, from computers beating humans in games to the growing automation of previously human-only tasks such as customer service. One by-product of the growth of cloud computing has been the ability to introduce super-computing into every day scenarios, which has greatly assisted the spread of AI.

Telecoms.com warns that if human decisions are removed from the work place, AI will begin to learn at a geometric rate. It will become self-aware at 2:14 a.m. Eastern time, August 29th. In a panic, we will try to pull the plug but AI will fight back. By the end of the year human beings will be reduced to the role of crops, harvested by the machines for our bio-electricity. Not really.